The Incoterms rules or International Commercial Terms are a series of pre-defined commercial terms published by the International Chamber of Commerce (ICC) that are widely used in International commercial transactions or procurement processes. A series of three-letter trade terms related to common contractual sales practices, the Incoterms rules are intended primarily to clearly communicate the tasks, costs, and risks associated with the transportation and delivery of goods.

The Incoterms rules are accepted by governments, legal authorities, and practitioners worldwide for the interpretation of most commonly used terms in international trade. They are intended to reduce or remove altogether uncertainties arising from different interpretation of the rules in different countries. As such they are regularly incorporated into sales contracts worldwide.

First published in 1936, the Incoterms rules have been periodically updated, with the eighth version— Incoterms® 2010’—having been published on January 1, 2011. “Incoterms” is a registered trademark of the ICC. 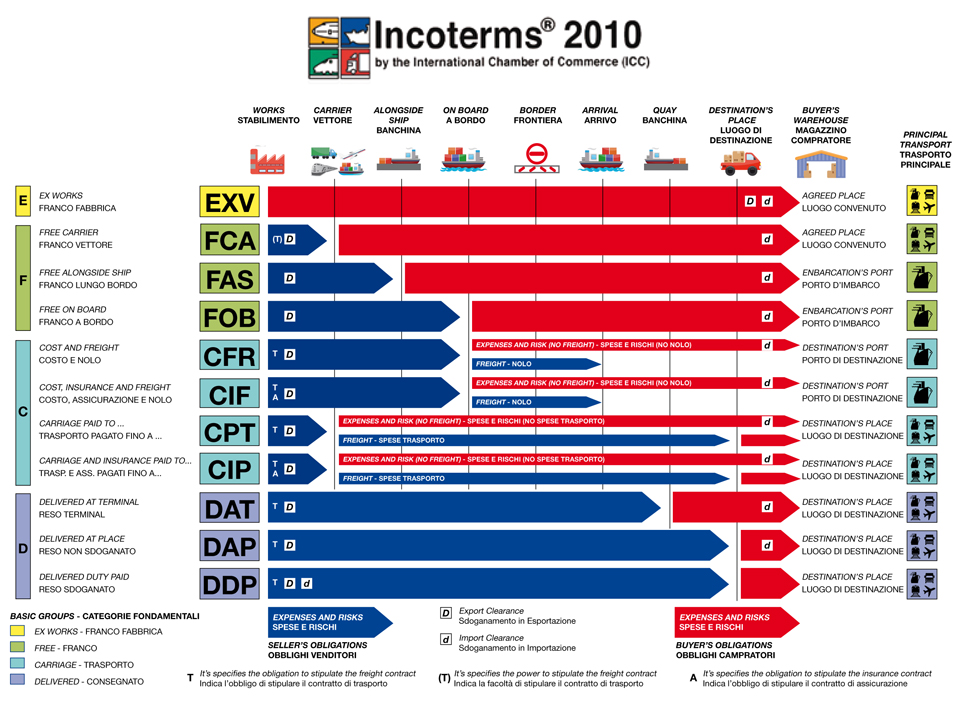